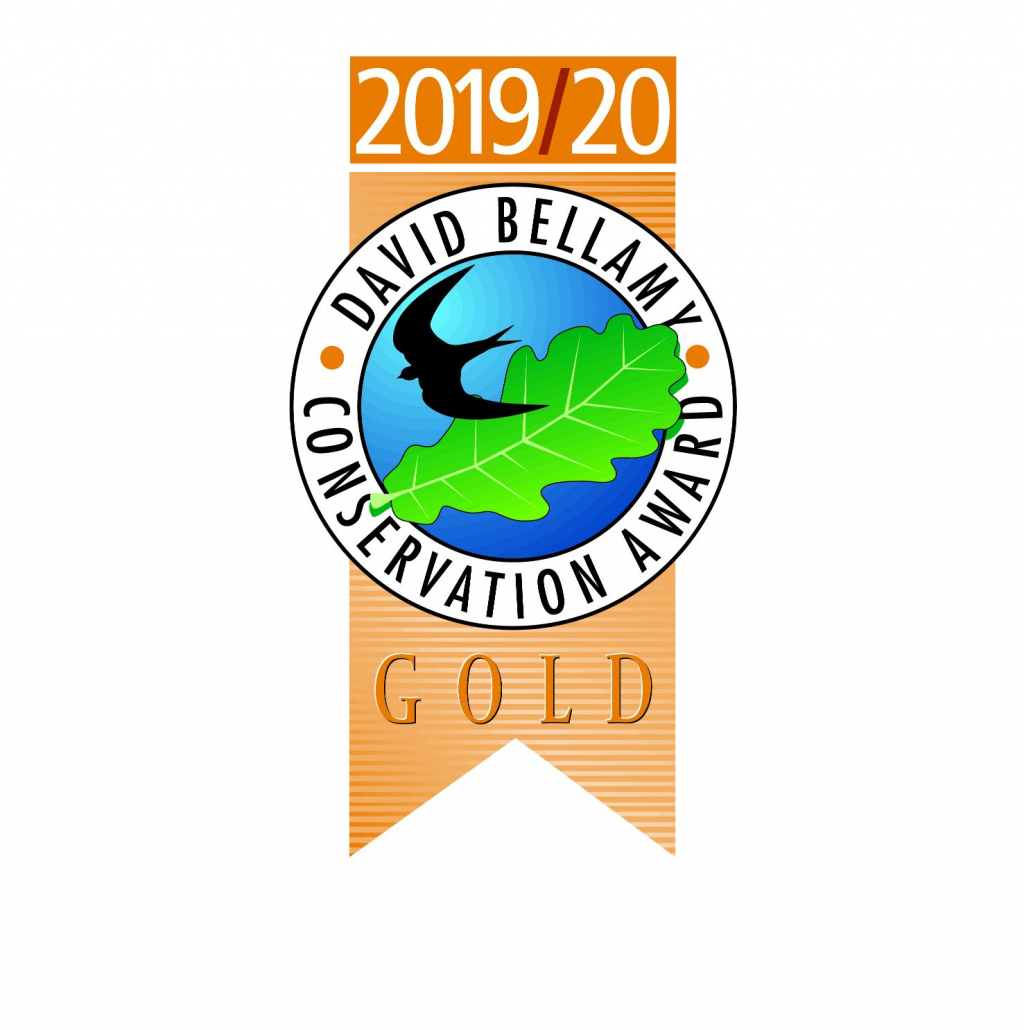 Milestone has been involved with the ‘David Bellamy Conservation Award’ for several years now and is very proud to have been awarded the Gold award yet again for 2019/20. We are always keen to take on board all suggestions that people have for our site that will benefit the environment and to keep pushing for environmental greatness.

Since the David Bellamy Conservation Award began it has helped to bring conservation to the front of the tourism industry’s mind. The Award has helped people wake up to the fact that “We need to act now to save tomorrow”.

This award is made each year to parks which can demonstrate policies showing active concern for the environment. Assisted by local nature groups and holidaymakers themselves, David Bellamy looks at virtually every aspect of park management – from the protection of plant and animal habitats to the efficient use of energy and recycling. Helping visitors to understand conservation is also considered a qualifying feature.

All year round we work in partnership with the Nottinghamshire Wildlife Trust to try and change things for the better. One of the first things that we did was to introduce silver recycling bins to reduce the amount of recyclable waste that was simply being thrown away. This was very popular and thanks to our customers, we managed to reduce our waste by a third in the first year, and by the second year we had introduced another five bins to our existing ten in a bid to reduce it even more.

We have also recently replaced most of our lights in our shower blocks from ordinary lights to LED lights that use a lot less power but still give off more light, which is a very big saving and is proving very effective. We have also installed sensors in both toilet blocks and showers, thus reducing the amount of power being used.

Most recently we were awarded the British Beekeepers Association Honey Bee Friendly Park 2019/20, this is the parks commitment to doing what we can to provide forage plants that bees need, to provide homes for bees and to spread the word about bee conservation.

We may request cookies to be set on your device. We use cookies to let us know when you visit our websites, how you interact with us, to enrich your user experience, and to customize your relationship with our website.

Click on the different category headings to find out more. You can also change some of your preferences. Note that blocking some types of cookies may impact your experience on our websites and the services we are able to offer.

These cookies are strictly necessary to provide you with services available through our website and to use some of its features.

Because these cookies are strictly necessary to deliver the website, refuseing them will have impact how our site functions. You always can block or delete cookies by changing your browser settings and force blocking all cookies on this website. But this will always prompt you to accept/refuse cookies when revisiting our site.

We fully respect if you want to refuse cookies but to avoid asking you again and again kindly allow us to store a cookie for that. You are free to opt out any time or opt in for other cookies to get a better experience. If you refuse cookies we will remove all set cookies in our domain.

We provide you with a list of stored cookies on your computer in our domain so you can check what we stored. Due to security reasons we are not able to show or modify cookies from other domains. You can check these in your browser security settings.

We also use different external services like Google Webfonts, Google Maps, and external Video providers. Since these providers may collect personal data like your IP address we allow you to block them here. Please be aware that this might heavily reduce the functionality and appearance of our site. Changes will take effect once you reload the page.